Laminated glass with PVB
Laminated glass is often applied as extra protection in windows, balconies or sloping roof glazing. Certain versions also form an excellent security against burglary attempts with a sledgehammer or burners. One or multiple elastic films of the synthetic material "polyvinylbutryal" (PVB) have been placed in between the layers of glass. The pressure and the temperature during manufacturing are so high that the PVB-layers are permanently connected to the glass. 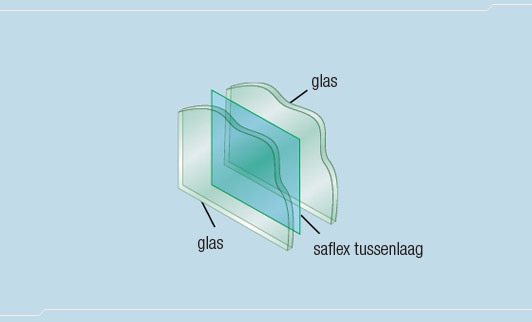